Parkinson's In The Elderly, by Human Kathy of @Meow_Girls


It is with great pleasure that I introduce our guest writer, Human Kathy of the @Moew_Girls.   Kathy and I have been good Twitter friends for about three years now.   Knowing that her dad (Pops) had Parkinson's, I asked her to do a guest post.  I was so delighted when she said yes.  Here's Kathy in her own words......

No, I am not a doctor, nor am I arrogant. That’s just the way it was. We had noticed he was getting more nervous but attributed it to his normally anxious nature.
One summer afternoon he called me from his daily walk to ask me if I would be able to pick him up. That’s unusual, I thought. I was not prepared for how I found him. He was trembling and had wet himself. Now, understand, Dad was always fastidious about his appearance. This old man I saw could hardly lift his feet to walk. His clothes were hanging on him. I immediately went home and made a doctor’s appointment for the same day. Our doctor said Dad was suffering from Congestive Heart Failure....and he was. That was true. We went directly from the doctor’s office to the hospital where Dad was admitted.


His CHF was pretty well resolved that day. But because he was so weak, it was decided to keep him in the hospital for observation. One problem our family noticed was the trembling. It was not just his hands but his entire body. He was shaking so badly that the bed was moving. The staff gave him a tranquilizer and the trembling continued. One evening his regular MD’s partner examined him and called us into the hall. We asked her what could be causing the violent shaking. Her answer to us was that he is old and his body is breaking down. She wanted us to put him into a nursing home.


Now you and I know that a person does not go from fully functional to being in need of a nursing home so quickly. Next day we contacted his regular doctor and he said that Dad could come home. Dad was now only shaking and nervous.

Oh yes, while in the hospital, Dad was seen by a Psychiatrist. This doctor gave Dad some anti-psychotic medication which when he took it. put him in another world.  He was off that medication within a week.
The shaking and slow walking went on through several doctor’s visits. I kept asking the doctor what was causing it. The doctor’s answer to me was “I don’t know”.
A few months and a lot of Internet research later. I put the puzzle together. Pop was walking slow, his face was nearly expressionless and he trembled. To me that could only be one thing. Parkinson’s Disease.  Knowing I could be wrong, at Pop’s next check up, I asked the doctor, “Could it be Parkinson’s disease”? His answer was something like “there’s a strong possibility”. I said to him, “you have been treating him for awhile now and you are saying a strong possibility”. He explained that Parkinson’s is not always easy to diagnose. Ok, that is sometimes true. I asked,” should I take him to a Neurologist?” His answer to me was” yes you should.” So why didn’t he tell me this before?
In another week, we went to the Neurologist. I was standing by the doctor and Pop was coming out of the men’s room when the doctor said to  her nurse: “That man has Parkinson’s”. That day she gave him the most common medication used for Parkinson’s which is Carbodopa/Levodopa.  His trembling has since decreased. He now takes five pills spread across the day. But he is pretty weak. He has a hard time picking up his feet to walk and still trembles some but the Neurologist does not want to increase his dose. Dad also has developed leg movements at night so he is now taking Mirapex, which really helps.
He is eighty six years old and has apparently developed some form of Dementia. He is afraid to be in a room by himself. He does not like my sister and I to go out shopping. He is starting to repeat himself and sometimes gets confused. The most difficult part of the Dementia to deal with is what I call his “Meltdowns”. He will start saying things which are completely untrue. Such as we don’t care about him, we don’t feed him. he is crazy, etc. He will try and leave the house even if he is in his pajamas. He has thrown himself onto the floor. Thank goodness he has never hurt himself. The reason I am writing about the Dementia is that the Neurologist has told me that at least 60% of Parkinson’s patients go on to develop some form of Dementia. That is a large percentage.
This is where we are with Pop and his illness now. All we can hope for is that his symptoms get no worse."
Kathy
Thank you so much for this post Kathy.  Being a caregiver to someone elderly with Dementia and Parkinson's is not easy.  You and Anne have your hands full.  Pops is blessed to have you both watching over him.
It's very hard to separate what is a normal part of aging and what is Dementia.  I will be doing more research on Dementia and PD in about a month, after I've seen the psychologist for my own 6-month followup the day before Thanksgiving.
Mary
Posted by Mariodacatsmom at 7:48 AM 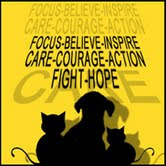 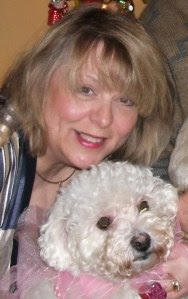 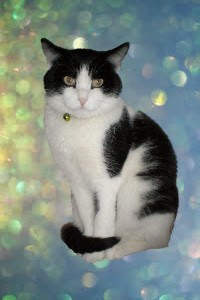